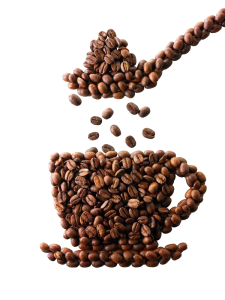 I have always prided myself on being a very smart person. One, who only by ‘listening’ to someone, could judge the physical appearance of the recipient of that voice and maybe even draw a rough idea to the kind of man he is.

Well, it has often been said that pride comes before a fall and DARE I refute it!*!

The last couple of weeks I was hunting for a tutor for my daughter who could come home. In the course of my search I talked to several people, friends, acquaintances, teachers I knew.  One such person was a man named Mr. Tejas Sharma. We must have talked about 5 times on my handy and Lo! Wonder of wonder! I liked his voice and his manner of speaking, which is saying a lot as I am very finicky.

I boldly invited him for coffee. He replied that he did not visit swanky coffee houses. That should have given me a hint, but innocently I said I knew nothing less fancy. Well, I thought to myself that here is an interesting guy, who sounds intelligent. I pictured him to be tall, definitely not bald, pleasing countenance, with a tongue in cheek humor, having definite aims and goals.

How wrong could I have been!

He did have aims and goals but he was of a very different genre from what I had envisioned and I laughed at myself all the way home.

I love life and enjoy living.

But here was this person; very committed to his goals and fixated on his ideas, but in the process forgot to see life in all its overwhelming hues.

A bespectacled middle-aged guy, about 47, slim, with a pinched malnourished look, who rarely smiled, lest he be taken for a man of the world who enjoys life once in a while.

He led his life according to what he thought was right but forgot to see the opposing point of view. He judged quickly and wrongly. (Insinuated to me that being a home maker I was not likely to have heard about Infosys or Narayan Murthy), was extremely moralistic and self-righteous which is fine in today’s materialistic world but judged others behavior by his own standards, often fallibly.

He was extremely patronizing of others because he knew that he, and only ‘he’ was doing good, especially for the poor. The rest of us ordinary folks who think of money,( so what if it is needed for daily bread and God forbid the occasional film which again does not depict sour and dour reality but something whacky and hilarious like ‘Hungama’) are too immoral, frivolous and not worthy of consideration. These decadent souls are incapable of understanding the hardships he faces diligently in the selfless service of mankind!

Further, I asked him, “What do you do sir? He answered my presumptuous question saying that it must obviously be understood that he is from the noble field of education and prided himself on being an intellectual to boot. I of course quickly acquiesced.

How could I dare to think otherwise?

Then he told me, he had help set up many schools in our country and I said ‘Wow’. That is wonderful. He quickly refuted me and said No, it isn’t. This got my goat. Now what had I said wrong?

After all, I was the novice and not the smart one, in comparison, and could only claim to pockets of intelligence, if any at all.  He said that all the staff and the faculty were too money minded, out to get donations and ensure a comfy life for themselves and not at all bothered about the education imparted or the standards applied.

He further added that according to him the students and parents both needed counseling as they were all so confused.

I agreed with him wholeheartedly as I did not seem to have much choice in the face of his superior judgment and self-accolades.  He also happened to opine, in a ‘by the way’ manner, that all of India was a bunch of hypocrites. I felt like mildly correcting him in my own defense that I was a pretty ok person. At least I thought myself to be. But prudently shut up.

After a pause in which I encouraged him to have some cold water, (he suffered from acidity so could not have any beverages which is hardly surprising, in view of……!!)  I hesitantly offered a suggestion of my own. I said that as he considered himself so good, with such excellent intentions to provide quality education to children of India and as no one rose up to his exalted standards why did he not start his own school on the lines of the gurukul? It would be a smaller establishment and totally within his control and his school would produce perfect examples of perfect children who were focused and totally unconfused.

Gently chiding him for his materialistic outlook I told him that for a man of his caliber it should not be difficult to raise funds.

Replying in anger with disdain directed at me, he said that never in his life had he asked anyone for a single naya paisa, not also from his father, ‘EVER’. In fact he even mentioned that his father often wonders today that he is not sure how his son grew up.

Well, his paternal wonderment is worth respecting!!

We had coffee, albeit a bit reluctantly for which I of course paid lest he get offended at me assuming that he being the man would want to pay.

Chivalry does not suffer from a gender bias after all !*!

After a while, and feeling guilty at being amused by him wherein I should have felt chastised for my general conduct which up to that moment I felt had been pretty exemplary, we parted.

God bless him, but it was a relief.

Yes, I did laugh all the way home.

Though, I am waiting to laugh all the way to the bank.

I thank God for blessing me with my colorful and supposedly immoral wealthy soul.

Life is yours and Bliss is within.