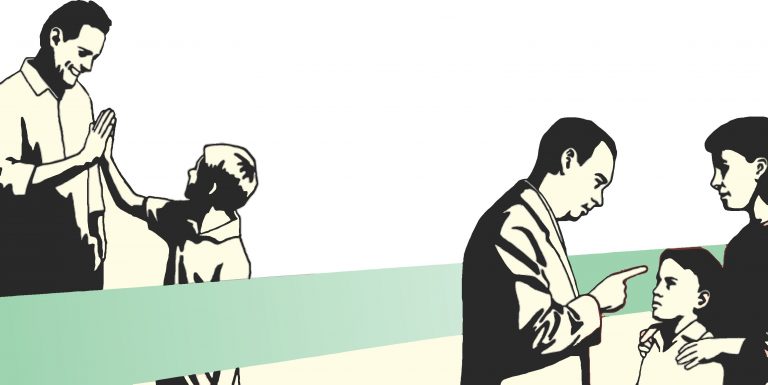 A moment’s insight is sometimes worth a life’s experience.

There is a beast lurking within all of us.

But which beast it is, depends on us.

The education wrought from circumstances is superior to that of any formal tuition and sometimes there is an inkling that the education system as it is, teaches us what to think rather than how to think.

We could be a rat in a rat race, win, and still be a rat.

Or we could be a lion, maybe suffer defeat, and still be a lion, walking majestically and erect, proud of having had the guts to delve in the events of our lives, face them head on, fight honorably, and accept life’s decisions wholeheartedly, and yet roar at the end of the day.

All that distinguishes us from beasts are our intellect and feelings. We hope, dream, pray, ecstasize, and evolve.

We have the capacity of not letting our minds be bound by any boundaries, slotting us into the beast we have lurking within us.

We, as humans, need not be rat-like, and even if we are, we can evolve into lions, roaring with dignity, maybe in pain, or in victory, but definitely with our head held high.

Then why do we all at some point in our lives get caught up in the daily humdrum and pettiness that surrounds us, letting it permeate into us?

Soar all my readers.

There is a world out there, waiting for you, saying, “ Come-taste me, relish me, enjoy me I will teach you all there is to learn.”

I sincerely believe that we can and should taste life and our ardent wishes are the commands we give out to nature.

All that stops us is ourselves.

On the flip side, life does take great pleasure in dragging us down. Just to test us. Maybe even for life’s own amusement. Don’t give in. Let your thoughts fly. And yet tie a parachute around you. For emergencies, you have the comfort of opening it and landing when and where you wish.

The other day an uncle of mine needed urgent hospitalization as he had suffered a heart attack. This was his fifth. He had undergone a bypass around ten years back and subsequently suffered four more. He is 86.

Well, anyway, in spite of the situation, which could have become somber, dissolved in hilarity.

He needed professional attention but refused to spend money on his body as he felt it was unneeded at his age.

He was feeling esoteric.

Why spend on a body that is to ashes go?

But of course we loved him too much to give in to his spiritual ramblings.

While we were waiting for the ambulance to arrive, he started socializing with the rest, apart from the immediate family who had come to wish him well. My aunt first chidingly and later annoyingly scolded him which he tried ignoring, but habit gave him no choice but to listen.

After reaching the hospital, he was irritated with the hospital gown, which he found flimsy and also realized that the grumbling in his stomach was not nervousness but hunger. The broccoli served by the hospital canteen, which he normally abhorred at home, he relished with lip-smacking fingers.

We kept reminding him that he was sick, but nonetheless he insisted on washing his dentures and keeping them in his special container.

At the same time, my aunt suddenly realizing that it was time to leave him under medical supervision, ( we were advised to go home) spiraled into a tizzy saying that the four pairs of socks that had been bought by her should be given to my uncle in the I CU, as he cannot function without the warmth of his own socks.

Finally after cajoling both our uncle and our aunt that they had to part, we left for home, leaving our uncle under the able custody of the hospital staff.

The ride home was quieter and for me full of contemplation. What makes us behave in the manner we do?

There was another lady in the hospital waiting room, who; from her demeanor, I surmised had a loved one there, was severely alone, and was repeatedly reading and reciting paragraphs from what appeared to be her holy book.

There was yet another mother and daughter who just huddled together holding hands, seemingly unaware of their surroundings, absolutely still.

There was yet another fellow shouting at the hospital warden, complaining loudly over the food served, continually saying that his wife, who was nearly semi-comatose, did not relish aubergines.

What makes us feel and do and say and think, like we do?

The one and only answer that comes to my mind is that it all stems from deep caring and love, which manifests itself in various ways. And all anyone can do, if they so intend, is soothe.

This truly does distinguish us from beasts. Or rather it gives credence to my belief that we can choose the beast we want to emulate either the roaring lioness mother who would ferociously fight for her cub and soothe her too or the proverbial scorpion and snake, which would hurt without much initiation on anyone’s part.

Life offers you the choice to either quietly lick your wounds or celebrate them with style and gusto.

You do not have to hide. It is your life only.