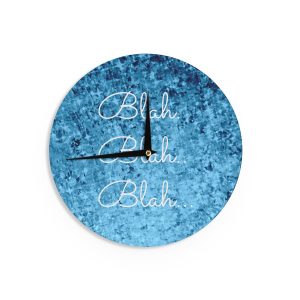 “Pain is inevitable, suffering is optional”

“The only thing that stands between a man and what he wants from life is often merely the will to try it and the faith to believe that it is possible.”

I come from a family of people who believe in living life to the fullest.

I have strong and fond memories of my great aunt, who was more than a mother to my father.

During partition, she was in Karachi and had to circumstantially stay on there, never realizing how deep the chasm would be drawn between the two siblings of the same mother. The people there she claimed, all wanted a comfortable divide, if not one at all. But then, leaders and politicians have their own reasons and agendas and the common man is taught to dislike and distrust. Hate is a convenient weapon, wielded as and when, and of course the biggest incentive of all, RELIGION.

We are just pawns in the game played by the people in power. Not all are so. But the nice ones do seem to get lost in the vast ocean of opportune seekers. Maybe, this is not true, and it is only cynicism, that makes me want to opine, in not so favorable terms.

The point here is the will and dogged desire to live, in spite of all odds, or shall I put it this way that there are no odds, only evens that  do not sit properly and we have to juggle them to make them fit, if not perfectly, at least reasonably well. That is after all life.

I have seen my great aunt, Zubeida, climb up a stool at age 77 to change a fuse,  screw on the handle of a cooker which has come loose,  try to fix a frame on the wall. She was fiercely independent, and would have it no other way. There was not a sorry bone in her entire body.

I remember too the time when she had come to visit us in India. That was a time when Bobby-the Rishi Kapoor debut flick, was running to packed houses and the dotted fever was everywhere. We were going, for the second time and as a courtesy, we inquired of her if she would like to accompany us. She said that she was aware of our plans since the fervor of going to a film, which was a novelty of sorts, in those times, was already in the air, and she had worn her best outfit and was ready for it.

We told her that it was a peppy love story, unlike a Pakeezah, and she scathingly scoffed saying that she was up to any thought.

Bobby was well-structured and spontaneously sprouted, but there was no better love story than the one she shared with her own husband.

A romance that survived Struggle, Poverty, and Five children. Uuufffff!!!!!!!!!!

A marriage may survive but so should romance and that is the trick to living.

With God’s grace, he has an active mind, sometimes overactive, and he does drive us up the wall at times, but he also is willing to listen and learn, especially from me. He reads, goes for walks, even in the rain, though my brother has banned him from going out of the lane( he has recently had four to five falls due to him not being able to keep his balance) which he has let me know, adding that Bhai dictates to him even though he should be the one doing so. I keep reminding him that role reversal is a necessary part of advancing age.

Nevertheless, we have to face many differing situations in life and the journey is rarely all smooth. Getting bogged down is disastrous to the essence of life and living.

We are alive, do not ever forget that.

Life is our biggest blessing.

Even the belief in an afterlife does not excuse you from not living to the hilt today. This specific persona is not going to re-occur. So do all the good you can, see all the movies you can, read all you can. Evolve and bloody well grow. A few wrinkles are healthy and a sign that you have traversed a journey……bumpy and smooth in places.

I do not understand this obsession with age. Why would I want to be any other age than mine?

Have fun while living. You do not have to be serious unless the situation warrants it.

Wrinkles are fun, Worry lines are not.

Slim and straight is anorexic, Curves are delicious,

A slim hug is no hug at all, a well-rounded hug is waaarrrrmmmmm and comfy and a nice ‘jaadukijhappi’.

In life there are always undesirable things, so in order to feel better you just need to look at life from another direction.

A different perspective, renew your paradigm.

I hope this message will bring fresh new ways of thinking to everyone and that everyone will appreciate and be thankful for each beautiful day.

Faith is the continual demonstration of the strength and wonder of life, and laughter is joy.

Life is yours and Bliss is within,